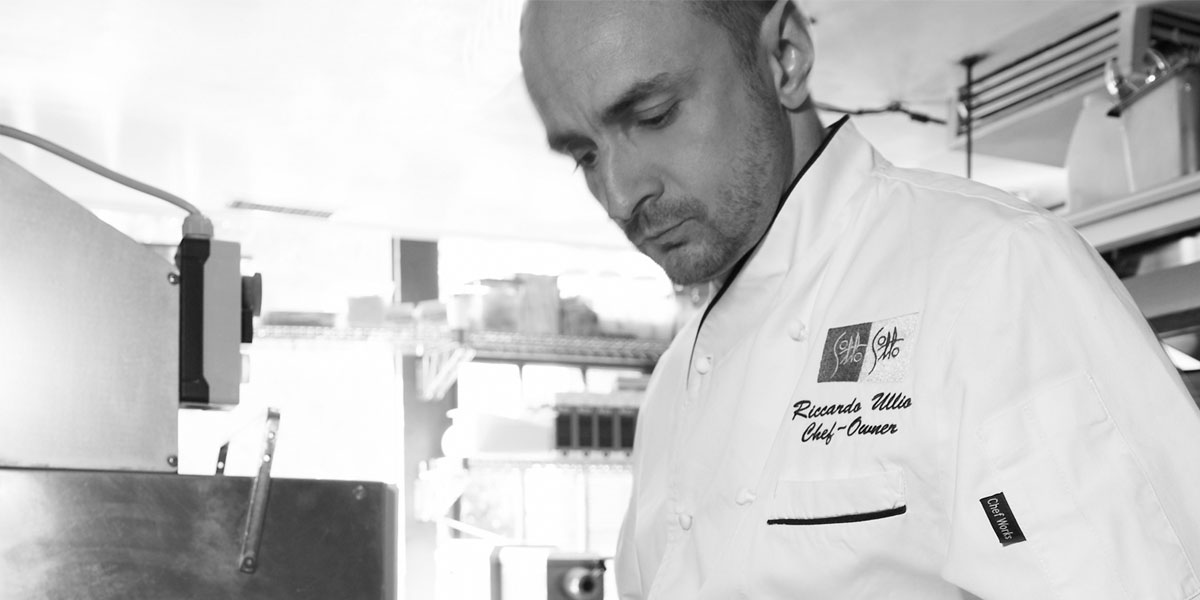 A native of Milan, Italy, restaurateur Riccardo Ullio moved to Georgia as an teenager and spent his college days on Presidential Scholarship at Georgia Tech, garnering a graduate degrees in environmental engineering.

Riccardo worked part time in restaurants throughout his college career, and after graduating from Tech made the decision to stick with what he loved: food and drink.

He traded his HP for a Shun, and traveled throughout Italy to study regional Italian cuisine. He opened his own restaurants, first Pasta da Pulcinella in 1994, then Sotto Sotto in 1999, Fritti in 2000, Escorpion in 2010, and Novo in 2015.